Your Brain on Coffee and Chocolate 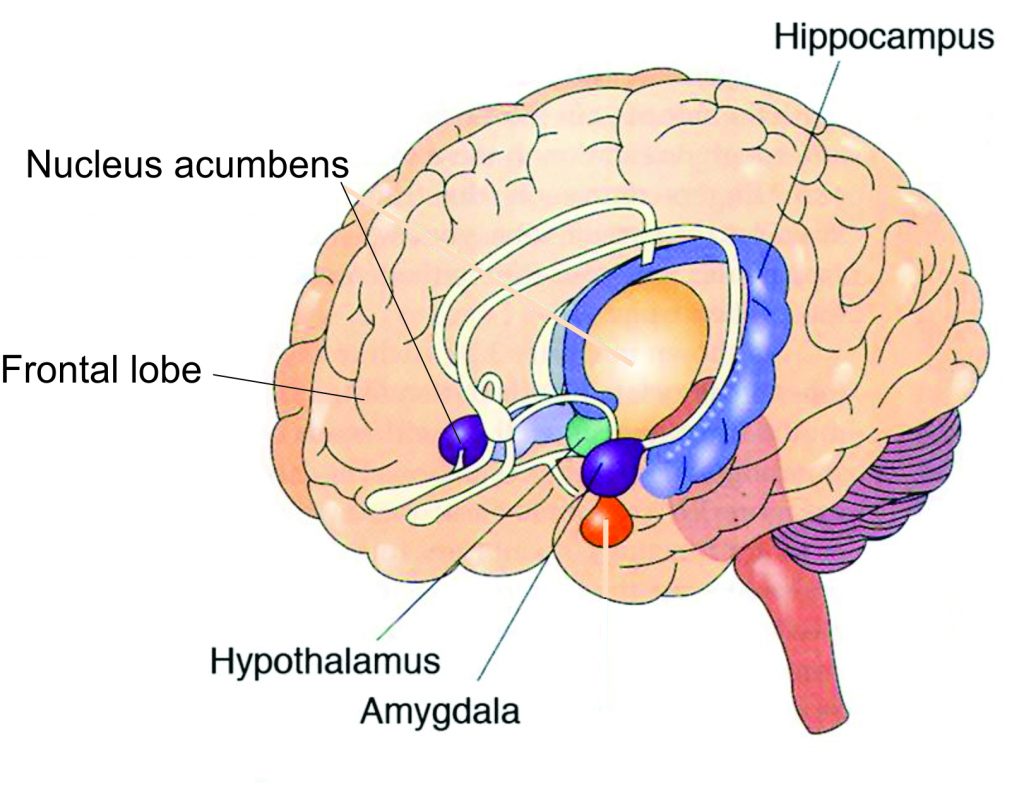 I was recently watching a television program on PBS called “Food – Delicious Science”.  Fascinating to hear how food affects our brains.  The hosts, Michael Mosley, MD and botanist, James Wong, explained how certain foods trigger a “Reward Pathway” in the brain, reinforcing our desire for particular foods, especially coffee and chocolate.

Let’s face it.  If we don’t enjoy a food, we probably will only eat it once.  On the other hand, if we find particular foods pleasurable, we will continue to seek them out.  To do that, your brain needs to get into the act.  Fat and sugar are especially good triggers for the “reward pathway”.  Here’s how it works.

Foods that are rich in fat tend to be pleasurable — whether it be chocolate, French fries, ice cream and the list goes on.  Fat triggers touch receptors on the tongue, sensations felt in the brain at the hypothalamus and amygdala.  The more fat in the food, the more activity there is in the brain.  The brain perceives these touch sensations as taste.  The reason chocolate tastes so good is because of its ability to melt in your mouth (also known as viscosity).

Add sugar to the mix and you’ve just upped the pleasure quotient.  It turns out that the “golden formula” for foods with both fat and sugar is to have them in equal amounts based on calories.  Breast milk comes closest to the golden formula — that 50/50 ratio.

The Reward Pathway in the brain is why, once we’ve found a food we like, we keep coming back for more.  (Look at the picture of the brain as I go through this to understand the activity that’s happening in the brain.)

Back to that chocolate example.  The hypothalamus and amygdala record the sensations of the chocolate on the tongue.  They’re the emotional response centers.  From here a signal is sent to the “nucleus acumbens” to register one’s desires and motivations such as  “I like it.”  “I want it.”  “I want more of it.”

This creates the motivation to get more by activating 2 other parts of the pathway.  The signal continues its journey to the “hippocampus”, laying down memories of the pleasurable experience.  Think of a Starbucks’ experience.  You’re at a Starbucks with a friend, you order their “Toasted White Chocolate Mocha Frappuccino®”, and sit and chat.  The ambiance is nice, the company enjoyable, and the drink delicious.  Your hippocampus is the storehouse of this experience.

Having this occasion logged into your memory, on another day you remember it and push it forward to the “frontal lobe” where decisions and planning are done.  This is where the “I want more” is triggered.  Sometimes it happens at the time of the experience, encouraging you to order a second Frappuccino®.  Other times, the frontal lobe helps you make plans to go back to Starbucks and order that same drink.  Every time you do a similar experience, you reinforce the pleasure of it.

This “reward pathway” is the brain’s way of assuring us that what we enjoy in the present will happen again in the future.

To review the route taken in the brain:

Why are chocolate and coffee so addictive?  It’s all chemistry really.  Caffeine is the active ingredient in coffee.  A similar substance to caffeine in chocolate is called theobromine.  Caffeine reinforces behaviors by amplifying the memories of the rewards of the experience.  When sugar is added to either chocolate or coffee, along with the natural fat in chocolate or the cream added to the coffee, the pleasure of the whole combination becomes more intense, more addictive.  Your hippocampus is lobbying for your frontal lobe to decide to get more.

Let’s go back to the “frontal lobe” where decision and planning occur.  It is up to you to DECIDE whether to indulge your pleasures of chocolate and coffee.  The frontal lobe isn’t forcing you to act.  It’s asking you to decide.

For those who act on impulse, your frontal lobe isn’t being given enough time to make an educated decision.  You just act.  You may think, “What’s the harm in having another piece of chocolate or another Frappuccino®?”  Nothing until there is harm — gaining weight or your body reacting to too much caffeine (heart racing, for example).  Taking just a few extra moments to think about whether to have a second helping might be the key to your health.

Making a decision according to the Z-Pattern is the easiest and most effective way to allow yourself to enjoy pleasurable things, but know when and how to say “no” to more.  (To learn more about the Z-Pattern, go to www.intuitiveliving4life.com.)