Home > Healthy Cooking & Eating >What Do YOU Think Will Be the Next New Food Trend?
Pin It

What Do YOU Think Will Be the Next New Food Trend?

Do you ever wonder what transforms a food from just every day fare to a food trend?  David Sax, in his book, The Tastemakers, explores a number of foods and how they became part of the social consciousness.

There’s cupcakes, a treat when we were kids and now a newly discovered treat for us as adults.  It’s first big advantage – one little cupcake is all ours.  We don’t have to share it with anyone.  We don’t have to cut it up into individual portions.  The total indulgence is ours.  I’m not sure, as David proposes, that every time we take a bite into a cupcake we hear birthday party music in our heads and see memories of our childhood.  I can definitely enjoy it as an adult without any childhood reflection.  Besides, the types and flavors of cupcakes of today weren’t even thought of in our youth.  I don’t remember seeing any bacon cupcakes with a chile frosting at the parties I went to.  David feels a show like Sex and the City took the small indulgence to new heights.  And the Food Network with its Cupcake Wars kept us entranced with what new flavor profiles the chefs could come up with. 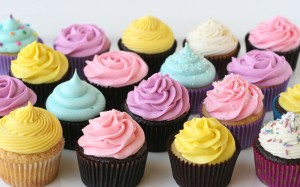 Of course, no book about taste trends would be complete without mentioning healthy foods.  As Americans become more conscious of what they’re eating, they’re also becoming more conscious of how they’re grown and produced so they don’t tax the resources of our planet.  How did the “chia pets” transform from a cute plant to something healthy to eat?  Chia seeds became part of the “superfoods revolution”, a food amongst many.  Have your had blueberries today or a handful of almonds?  While many foods have a good health profile, the superfoods mindset is that one food can change your whole health profile.  it can’t.  There was obviously good marking behind the chia pets, but just as good marketing surrounding superfoods. 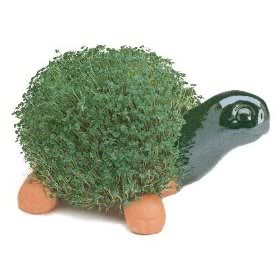 Bacon‘s popularity goes back a long ways.  It was the earliest “breakfast of champions” for farmers who had a hard day’s work ahead.  A breakfast of eggs, bacon and toast could keep them going for hours.  Yet, somewhere along the line, bacon took on a life of its own.  No longer content to sit alongside scrambled eggs, food inventors came up with a myriad of ways to incorporate bacon in foods that our grandparents would have to laugh at.  Tempura-style bacon, bacon-flavored gum, bacon cupcakes (Talk about hopping on the bandwagon of two food trends at the same time!), bacon-flavored salt.  With just a little bit of the stuff, your dish can become a masterpiece. 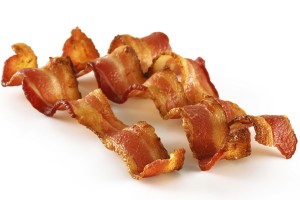 Then there are food trucks.  The concept isn’t new.  Street vendors have been around forever.  But the idea of assembling a truck that can do the cooking right there in the parking space it found took food cooking to a different level.  The owners of these trucks aren’t just cooking the food in a full-fledged kitchen in some rented spot and selling it from their trucks.  They’re cooking food for immediate consumption on the spot.  You know a food has become a trend when you find it in the Food Network lineup as a major show where different food trucks compete for a boatload of money. 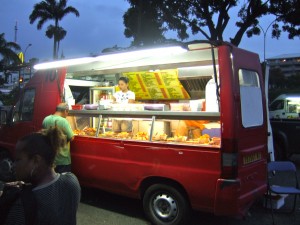 So what do you think will be the next new food trend?