Home > Healthy Living >The “Right” Way to Weigh In
Pin It

The “Right” Way to Weigh In 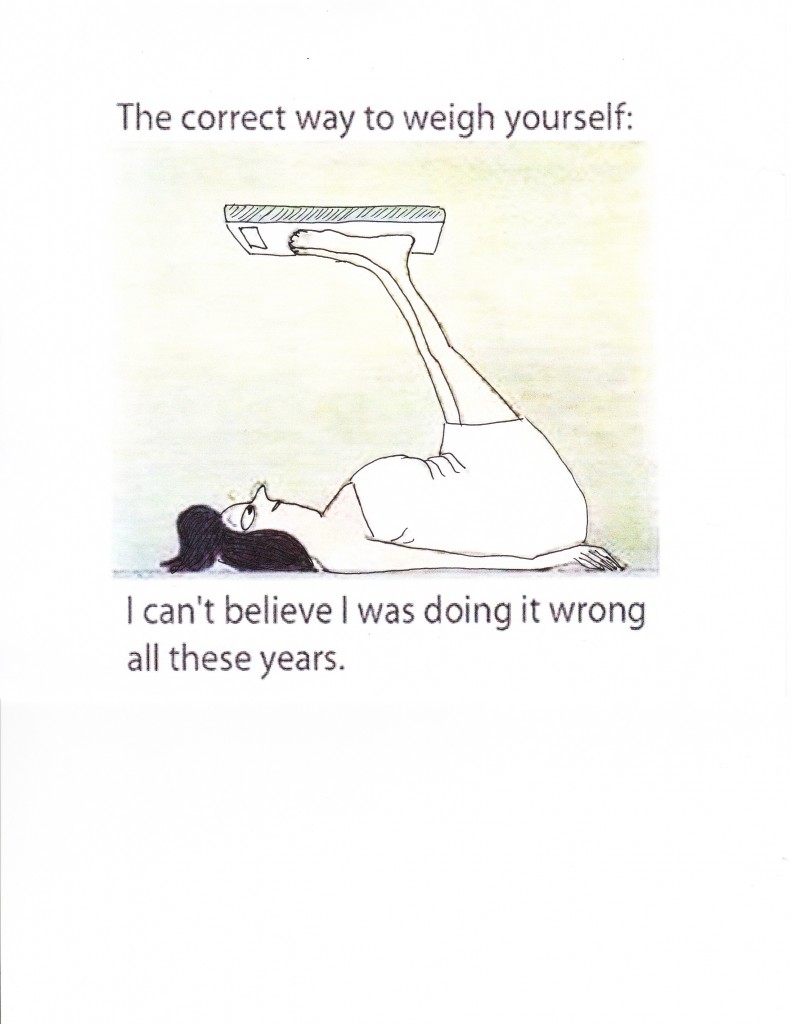 Clever way, I’d say!  The results will amaze you.  But seriously, what is the “right” way to weigh in?  People ask me, “Should I weigh myself every day?” There are two answers to that question and it depends upon who you are.

For structured people, there’s almost no way of stopping them from doing it every day.  It becomes a habit like brushing their teeth.  For those less structured, it would help keep them on task.

So, I’d say “yes” to weighing yourself every day.  But let me make this very clear.  There is no way you’re going to lose one pound in one day.  You’d have to be starving yourself and running a 26K race so that, in combination, you ate fewer calories and burned up over 3500 calories.  You know that isn’t happening.

But, the value of the daily weigh-in is keeping your conscience in the game.  It will help keep you in the moment, ever watchful for what might mess up your good intentions.  If you start seeing week after week that you’re gaining weight, you’ll know to pull back on the chocolates or whatever your favorite I-shouldn’t-eat-this-very-often food.  Nip the problem in the bud before you’ve gained so much weight that you no longer believe you can do anything about it.

Weigh yourself first thing in the morning after you’ve piddled and without any clothes on.  That’s the most consistent you can be.

I hate when I go to the doctor’s office and I’m told to step on the scale with my clothes on.  I’m rapidly stripping as much as I can get off without becoming a spectacle to keep the scale from saying I’ve gained since the last visit.  Worse, maybe the last time I was in to see the doctor was during the summer when I was wearing light, summery clothes.  Now it’s winter and I’m bundled up to my ears.  Not fair.

Most scales today are very accurate so you don’t have to have a clunky doctor’s office type scale at home.  It really isn’t necessary to have a fat percentage scale either unless you’re really curious about your body composition.  Just how much fat versus muscles are you losing when you lose a pound on the scale.  The results are very much based on how hydrated you are.  All you’re really trying to do is keep tabs on your good weight loss efforts.