Home > Healthy Living >Sleep is Like a Computer Reboot
Pin It 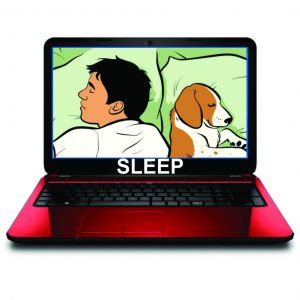 In the February 2017 issue of Time magazine, there was an article called “The Sleep Cure” by Alice Park.  With my having insomnia, I knew this was an article I had to read.  Was there something in it suggesting ways to easily fall asleep without any sleep aids?  Would her article corroborate some studies that have shown insomnia to be genetic?  I had read  an excerpt from the journal, Sleep Medicine Review, where the researchers suggested a certain degree of inheritability for insomnia.  Thanks, Daddy!  Genes or not, what was in this article that could be of help to me?

Park poses the concept in her article that “the fountain of youth may be closer than you ever thought” as long as you get a good night’s sleep.  When Park interviewed Matthew Walker, a professor of neuroscience and psychology at the University of California, Berkeley (one of my alma maters – Go Bears!), he told her he believed there are three pillars to good health: diet, exercise, and sleep with sleep actually being the most effective of the three to reset the brain and body for health. 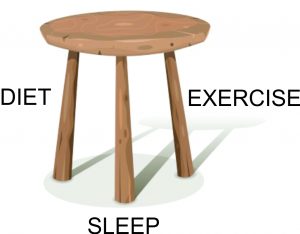 Funny how those who are workaholics pride themselves on how little sleep they get in order to do so much more.  From Benjamin Franklin’s perspective, “there will be sleeping enough in the grave”, so why waste precious hours of life on sleep?  As it turns out, without those precious hours of sleep, we’re growing old faster and may be depriving ourselves of a long life.

Sleep Is the Body’s Reboot

The brain needs time to clean out the day’s debris.  Our brains are constantly sending electrical signals, some that make the right connections and others that get lost in limbo.  At night when we sleep, the brain is running a check-up to make sure hormones, enzymes and proteins are in balance.  Neurons pulse with electrical signals that “wash” over the brain.  In the process, the brain cells contract, allowing more space between the neurons to allow the “washing” by these pulses to remove toxins from the day that would otherwise build up.

Toxins can damage healthy nerve cells making it more difficult for them to communicate with each other.  Without enough sleep, memory formation is stilted.  Worse, if allowed to continue for a long period of time, there are those who believe the brain ages faster, contributing to diseases like Alzheimer’s.

Anyone using a computer knows that after a number of days the computer seems to pick up sludge.  (Personally, I think it’s part of a conspiracy theory to force you to buy a new computer!)  Programs don’t work as smoothly or sometimes not at all.  So, what are we told to do by computer tech people?  REBOOT YOUR COMPUTER.  Well, as it turns out, going to sleep is very much like rebooting your computer, allowing the garbage to be disposed of and giving you a fresh start the next morning.

When we experience something charged with emotion, we tend to remember it better.  Unfortunately, memories with negative emotions are remembered in greater detail than those with positive emotions.  And while you may want to retain the memory of the event, you really don’t to relive that memory with the actual emotions you had originally with that event.  It’s way too draining for the body to experience memories in 3-D technicolor over and over again.  Those people who get enough sleep can separate the emotion from the event, thus using up less emotional energy when thinking about it long after it happened.

Stress is also an emotion that can increase chronic inflammation.  While inflammation is the body’s way of protecting itself, we don’t want an abundance of it.  So, if you’re under stress most of the time and you don’t get enough sleep, you’ll experience increased inflammation, something we know to be a leading driver for such diseases as cancer, cognitive decline, heart disease, chronic pain, and diabetes.

So, bottom line:  Get enough zzz’s!