Eating Disorders in a Land of Plenty

Anorexia, Bingeing, Bulimia, Orthorexia  — eating disorders of one sort or another. Whatever the name, people who experience these conditions have an unhealthy relationship with food. An anorexic tries to avoid calories like the plague. Theirs is an issue of control. Bingers can’t stop eating (and normally on specific foods). Theirs is also an issue of control, but the lack of it. Bulimics eat whatever they want but then purge the food so calories don’t get digested. Theirs is what they think is a way “to have their cake and eat it too” without the calories. Orthorexics may seem like they have the best of intentions, i.e., eating only that which is healthy, but it is taken to extremes. Their problem is on the level of OCD (obsessive compulsive disorder).

Accepted body shapes have changed over time. In the 1940s to 1960s we had the hourglass figures of Marilyn Monroe and Jane Mansfield. In the 1960s we switched to the stick figure of Twiggy. The trend of rail thin started a diet craze that hasn’t gone away. As people, especially women, started dieting, they lost touch with a healthy relationship with food. So many diets were deprivation diets or one-food solutions. The diet industry rose on the backs of the insecure who felt that their shape defined them. 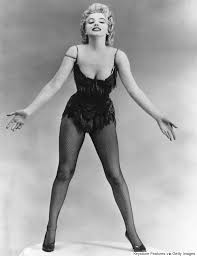 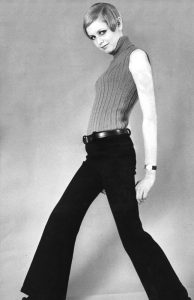 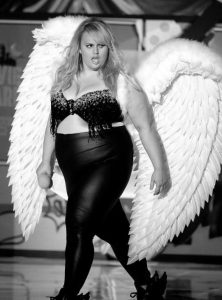 After failing on one diet after another, people began to just throw up their hands and say “I quit”. Let’s just accept we can’t lose the weight and say “fat is beautiful”. Instead of the likes of Twiggy on the covers of magazines, we now are seeing people like Tess Holliday (Cosmopolitan December 2018) or Rebel Wilson.  Don’t worry that research has found being overweight or obese increases one’s risk for heart disease, diabetes, cancer, and a host of other conditions.

Fat acceptance or fat activism is now telling you it’s okay to be fat. Who are you going to believe – the media or government and health researchers?

I deal with personality typing in my practice – personality typing based on the Myers-Briggs Type Indicator ® .  Some people live in the moment while others live in the what-might-be. It turns out that about 75% of the population are from the first group. So, it’s no surprise that our rate of overweight and obesity is about 67%. (This would make for a good research topic – test for type and obesity.)

Take the FREE personality quiz on my site (check the tabs at the top of the page) and find out what the strengths and weaknesses are for your type.  Do you see something in there that may explain why you use food for emotional reasons rather than eat food for nourishment and pleasure?