I’ve been watching the television series, “Networld”, hosted by Niall Ferguson.  If you haven’t seen it, check out whether you can view it on-demand.  It was on PBS.  Ferguson points out that such companies as Facebook and Google have been so successful because of social networking.  For example, Person A, let’s call her Sally, meets Person B, Fred, and they become friends.  Sally already has a number of friends — Bill, Mary, and Jennifer.  Fred also has friends John, Diana, and George.  By Sally and Fred becoming friends, they now have exposed their personal friends to someone new.  You can see how this would grow exponentially. 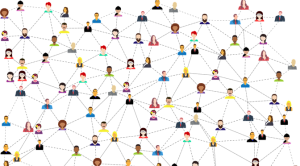 While that is great in the Facebook world of “likes”, it may not be so good in the world of obesity.  In his program, Ferguson discusses the phenomenon of homophily.

The Relationship of Homophily and Obesity

Homophily comes from Ancient Greek meaning “together” and “friendship”.  It’s the tendency of individuals to associate and bond with people who are similar to them.  It’s the old “birds of a feather flock together” concept.  It’s why Facebook works so well.  But it’s also why overweight people tend to be friends with overweight people.  These are people who have similar habits.

Within an overweight population, there are sub-groups defined by their approach to losing weight.   One sector are those who look for groups to join.  (You’ll more often find Extraverts at meetings rather than Introverts.)  Organizations such as WW (formerly Weight Watchers), NutriSystem, or Jenny Craig allow people to join over a common cause.

Another subgroup would be overweight people who try to lose weight on their own, trying various touted diets such as the Mediterranean Diet or the Paleo Diet.  They may use popular diet apps or a FitBit or Apple Watch to track their progress.  I have a FitBit and when I’ve achieved some level of success with an exercise program, I get badges.  For example, where I live the saying, “what goes down must come back up”, is quite apropos.  I’ve gotten credit for 23 flights of stairs on my return trip.  After a number of days of that, FitBit presents me with a badge of success.  You can even compete against others who use a FitBit.

Then there is the subgroup of overweight people who have tried to lose weight, succeeded for a short time, but gained it all back.  Knowing other people who have had similar experiences makes these people feel more comfortable to include them in their “flock”.  These other people would understand because they, too, go through similar day-to-day challenges.

Being Overweight Is Your Bond

Overweight people have a common bond that keeps them together.  Think about it.  For an overweight person to associate with a slim person, their weight becomes that much more obvious.  If a person sticks with someone who is of a similar weight, each can achieve a comfort level, an acceptance of themselves.  They don’t feel they’re being judged.  So there’s no reason to feel embarrassed or ashamed.  Associating with someone like yourself makes you believe that they feel the same way, have experienced similar societal pressures, have struggled the same way.

Unfortunately, this commonality of being overweight can be contagious.  When you stick with people with certain eating habits, you may pick those up or, if you already have those habits, have those habits reinforced.  There’s no reason to question the healthiness of those habits because you found others doing them, allowing you to justify them.  You are experiencing homophily and its potential downfall.  All in your group are at increased risk of heart disease, diabetes, high blood pressure, just to name a few.  Yet, it’s hard to break out of the pack.

What’s the Solution for Homophily and Obesity?

I certainly wouldn’t expect people to stop being friends with someone because they’re overweight.  That definitely isn’t the answer.  But if people align with each other on the idea that losing weight would be a good idea (for whatever reason, by the way – health, vanity, etc.), you now have a social network to support you in your journey.  It’s probably why organizations like WW are successful.  Losing weight can be challenging to do on one’s own.

Studies have consistently shown that socializing normally involves food.  Socializing creates an environment for eating more food than your body needs.  In fact, the larger the group, the more food that’s eaten.  This is partly due to the fact that most people are mindlessly eating.  If you were to ask people the next day about what they ate at a party the night before, what and how much they report probably wouldn’t come close to reality.  But it’s not just mindless eating that’s the problem.  We tend to mimic what others are doing around us.  If someone goes for some chips, we may go along and eat some too.

This may suggest that we all should go to a social event with a set of guidelines:

As sticking together with other overweight people can actually promote obesity, flocking together with those who have lost weight and maintained the loss may be just as successful a tactic.  It’s almost like someone watching your back.  If you’re open to support (whether it be in the form of suggestions or even critique), then stick together with people who are losing weight and keeping it off.  When you do the same, there is more reason to be “birds of a feather”.

If you allow your network to outdistance you because you’re not fully invested in the flock, then don’t’ be surprised if the flock leaves you behind.  They are trying to stick with people who are having results.

How many times have you heard it’s best not to associate with people who are depressed?  They’ll bring you down.  In some ways, the same goes for losing and maintaining your weight.

To paraphrase the knight in the movie, Crusaders of the Lost Ark, “Choose your flock wisely!” 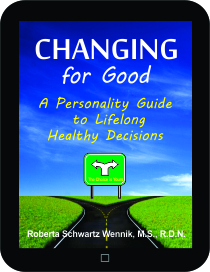 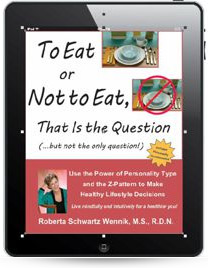